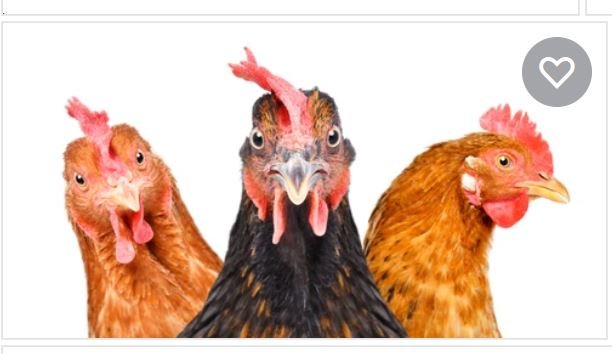 The world has faced dramatic changes in recent years. With the world's human population growing at an exponential rate, expected to reach 9 billion by 2050, we are now faced with many challenges that need immediate attention. This growth could not only potentialize the effects of global warming but also lead to a decrease in availability of natural resources. According to USGS (United States Geological Survey), only about 2.5% of the 332.5 million cubic miles of water on Earth consists of freshwater. However, less than 1% of this freshwater is readily available since the majority is imprisoned in glaciers and snowfields. Of course, it goes without saying that this has also an impact on the amount of food that we can produce to feed this growing population.

As one of the world leaders in sustainable animal breeding, we must set the standard and are proud to be part of the solution. One of the many examples is our focus on breeding for biological efficiency alongside animal welfare. With high quality genetics, our laying hens produce over 500 1st quality eggs in 100 weeks, without the need for molting, which has been suggested to cause discomfort and stress in hens. With hens laying more eggs for a longer period of time, there is less need for replacement flocks and consequent reduction in natural resources utilization, i.e. water and chicken feed. Linked to that, we have been increasingly focused on investigating traits associated with the drinking behavior of our chickens, as this pose a problem not only for animal health and welfare but also the environment.

In a recent trial, we investigated if genetic differences exist within a pure line chicken population when looking at manure composition. The objective was to evaluate the possibility of improving water intake and consequent manure consistency by selecting chicken families that shows the desired phenotypes.

Data from fully pedigreed laying hens of a pure-bred male Leghorn line were analyzed in this trial. Manure samples were collected from each hen and individually labeled. All samples were weighed twice: fresh and dried. This way, we were able to properly determine the moisture content of each individual sample. The graphs below show a distribution of the wet percentage in chicken manure: 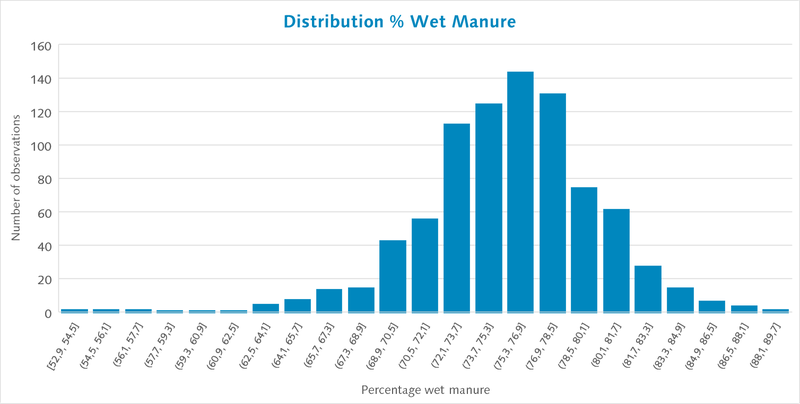 In addition, all chicken manure samples were scored on a scale that went from 1 (dry) to 3 (wet), seeing that the use of scores is a much faster and practical way of collecting the phenotypes routinely.

Variance components were estimated for both traits using AIREMLF90 software from the BLUPF90 family. These analyses give us insight on parameters such as the heritability, which, in a simplified way, can be understood as the proportion of the phenotype that is due to the genetic variation between the individuals of that population.

Heritability of score was 0.34, meaning that approximately 34% of this trait can be linked to the genetic potential of the individuals in this white Leghorn chicken population – so there is possibility to select for it and see a good response in future generations. For the % of Wet manure, the heritability was 0.21. Genetic correlation between the two traits was 0.86, which is a good indication that by using the scores methodology, we can accurately capture the % of wet manure of a sample.

Selecting for chicken manure moisture content is an easy indirect tool for improving drinking behavior of chickens. This can have a significant impact on animal welfare, environmental footprint and overall economic sustainability of poultry farming.

Chickens do have ears, although they are hidden by fine feathers on the side of their head. The fine feathers are there to protect the ears. There are no outer ears, such as most mammals have, but wh…

Predictable hatchability of hatching eggs is a common objective for all hatcheries as hatchability is a trait of considerable economic importance. In order to make a good prediction of the reproducti…

Profitability of a layer flock will certainly depend on the ability to produce high number of first quality eggs of the most suitable size for each market. Egg producers usually make their decisions …