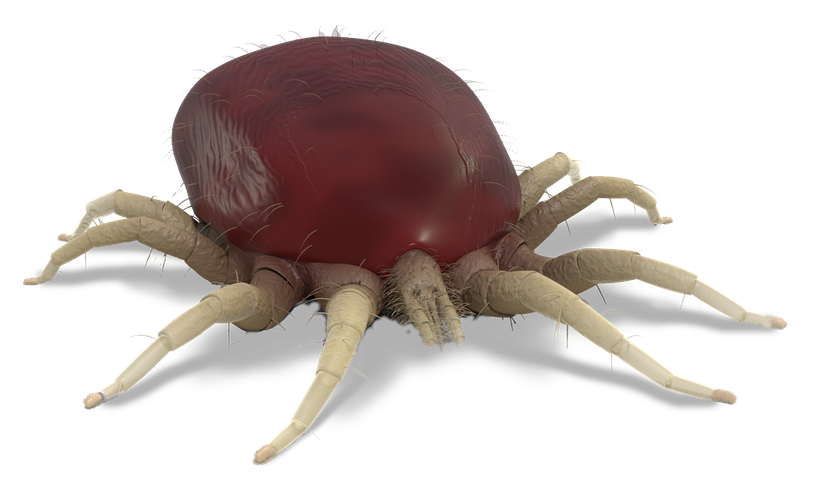 Poultry red mite (PRM, Dermanyssus gallinae) and Northern fowl mite (NFM, Ornithonyssus sylvarium) are a major concern for health and welfare of laying hens in many areas of the world and have a huge economic impact for egg producers.

Both are small ectoparasites, but while NFM completes its entire cycle on birds, PRM are only found on the host when feeding blood, during the dark period, and spend the majority of its lifecycle in cracks and crevices, where females lay the eggs. Lifecycle is very short: under favorable conditions the PRM total cycle can be completed within seven days and even less for NFM.

PRM show higher resistance to starvation than NFM, and they can survive beyond 8 months without a blood feed: this makes unlikely total removal of mites at cleaning and disinfection, then infestation in subsequent flocks is common. 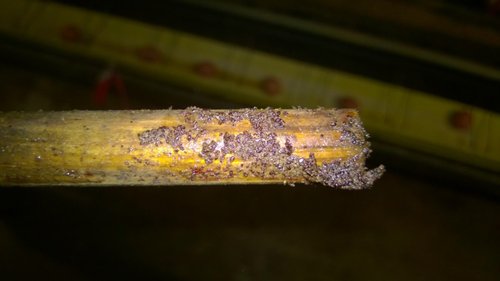 Infestation by mites has negative consequences not only in the welfare of the birds, but also in the economic performances of the flocks due to production losses and treatment costs:

NFM are frequently found in the vent area, producing dermatitis and scabs. 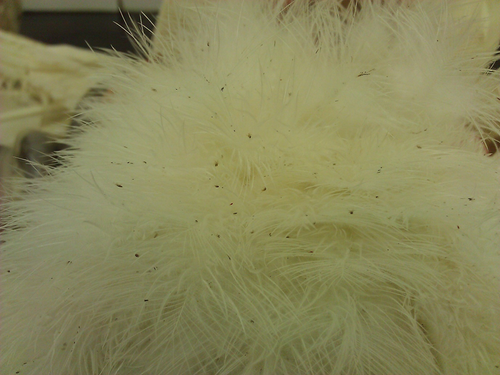 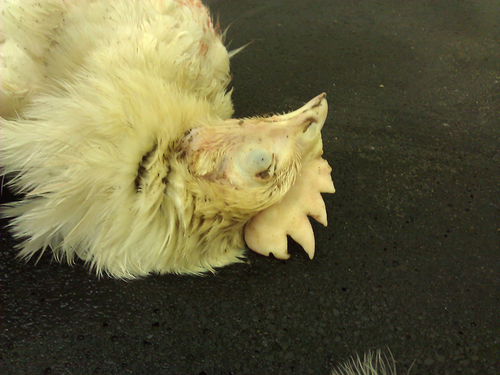 clear signs of anemia as result of red mite infestation

Mite control must be extensive: complete eradication is very difficult, and when birds are in lay, few active products are available in many countries because of pesticides regulations, so the objective is to reduce the risk of initial infestation by maximizing control efforts in the period when the house is empty. Once the flock is depleted, control should start with thorough cleaning (inside and outside the houses) and removing or sealing any obvious refuges. When the house is dry, an approved chemical acaricide should be sprayed, focusing on cracks and crevices. Product rotation is recommended to reduce the risk of mites developing resistance to available chemicals.

Other methods have shown to be effective, like heating the house above 45ºC, but it is costly and usually detrimental for farm equipment. Using mineral oils or biodiesel is also an option, having a suffocating action on mites.

Basic biosecurity and hygiene rules should be followed once the replacement flock is housed. Monitoring of the presence of mites on a weekly basis is crucial, commonly installing “traps” for PRM randomly in the house (corrugated cardboard rectangles, PVC tubes, scotch tape) and examining vents for NRM, so early spot treatments can be used to limit their proliferation.

Chemicals used for classical spraying treatments are organophosphates, carbamates and pyrethroids, but their use in presence of birds is limited in many countries due to health issues and risks linked to residues in animal products. New registered parasiticides are currently available (spinosyns, isoxazolines), some to be used via drinking water.

The alternative methods of control are based in different type of actions, some of them are already available but others, although promising, are still at experimental stages:

Necrotic enteritis (NE), also known as clostridiosis, clostridial enteritis, enterotoxemia and rot gut, is a poultry disease of the small intestines, caused by Clostridium perfringens type A, C and G…