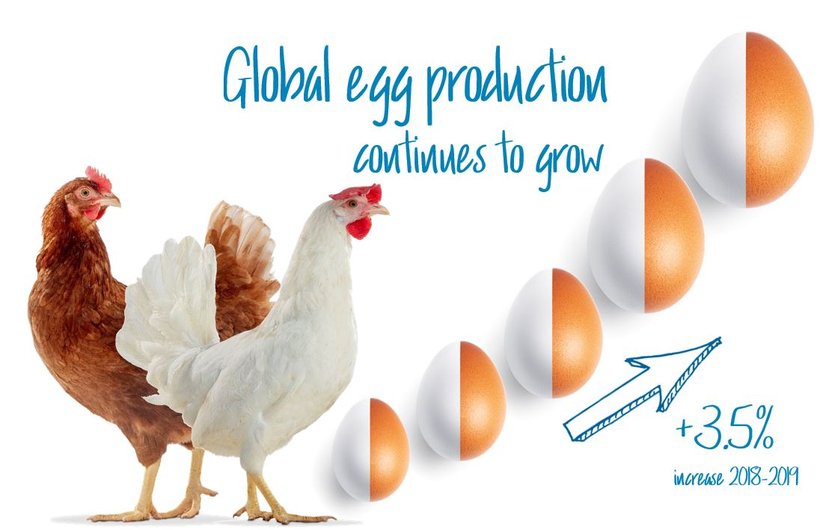 The latest global data shows a continuous growth in egg production worldwide, with a 3.5% growth from 2018 to 2019. This is slightly higher compared to the average yearly increase of 3.3% over the last 10 years.

One of the countries experiencing this massive growth in egg production in recent years is Indonesia. Advancing from rank 9 to rank 4 of the top producing countries worldwide between 2017 and 2019. Currently Indonesia holds a 6% share of the world’s egg production. Next to Indonesia, we clearly see that egg production, and egg consumption is on the rise in India.

The European egg production market remains rather stable in recent years. The import and export numbers and destinations have stayed largely unchanged. We do see some changes within Europe, as France and Germany have increasing their production, and are increasing in their self-sufficiency. On the other hand, we see a decline in egg production in the Netherlands, which makes sense as the Netherlands is the main exporter of eggs to Germany.

The Unites States of America experienced a small decrease in egg production between 2019 and 2020. Looking at Latin America and Canada on can see that they have remained rather stable in 2020. 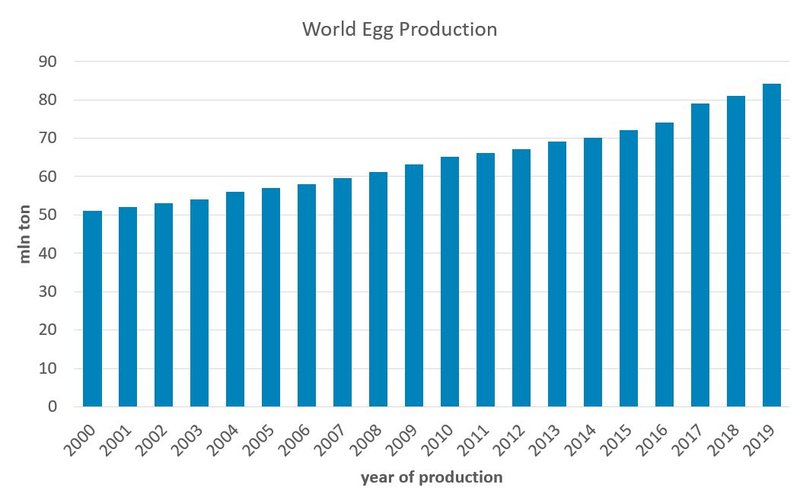