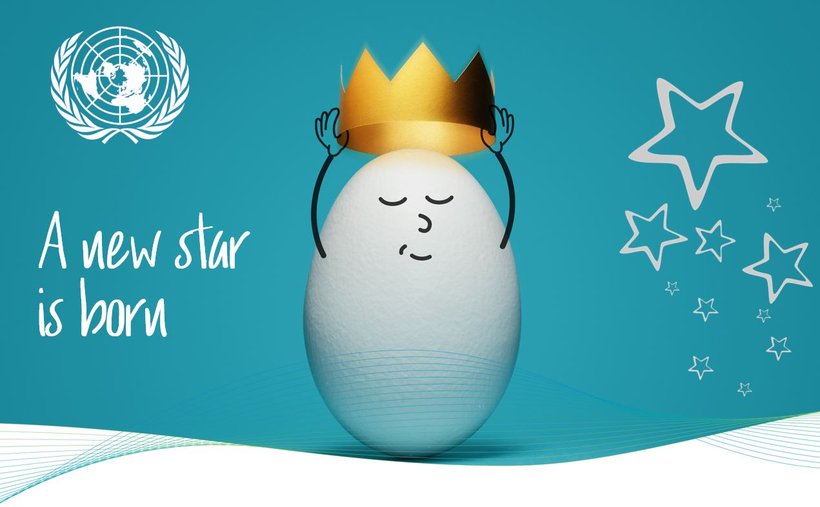 When is an egg not just an egg?

To celebrate World Food Day on 16 October, the UN has named eggs as one of its two star ingredients and developed a new film to promote the power of eggs. This offers a unique opportunity for the egg industry to promote the egg and the valuable role our beautiful egg industry plays in feeding the world, fully endorsed by the United Nations.

World Food Day was celebrated this Saturday 16th October and the United Nations (UN) has named eggs as one of its two star ingredients, highlighting the amazing power of the egg to bring people together, nourish us, and 'fuel our futures'.

"Beans and eggs. Two everyday ingredients – but both have an extraordinary power."

That’s because they’re both examples of good food. They’re accessible to people worldwide, they’re nutritious, and they’re full of potential – they bring people together, and they fuel our futures.

The United Nations have developed a beautiful new film that tells the story of star eggs: 'When is an egg not just an egg?' .

The video that is shown below has been created by the UN with support from the IEC and the egg industry, which reinforces that 'it's not just an egg, it's so much more'.

One of our all-time favorite festive recipes containing eggs: egg biryani made with the help of the pressure cooker and using basic everyday ingredients like rice, eggs, yogurt, spices and masala. Th…