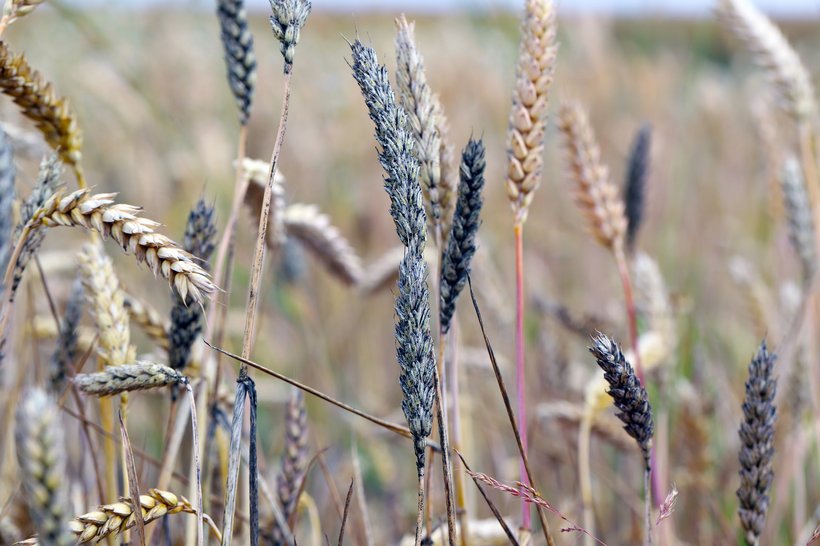 Poultry nutrition plays an important role in conjunction with other areas of knowledge, such as flock management, chicken health, farm environment. In addition to knowing and meeting nutritional requirements of the chickens, it is important to protect flocks from anti-nutritional factors that reduce the chickens' nutrient utilization and from substances that harm the chickens’ general metabolism. In both cases we have flock performance losses. In this sense, mycotoxins are important to be studied, avoided and controlled because they are substances that can cause technical and economical losses in poultry flocks.

Mycotoxins are compounds produced by different types of fungi (such as fungi of the genus Aspergillus and Fuzarium) that grow on ingredients of plant origin such as corn, wheat, barley oats, triticale, soya, rice, sunflower, rapeseed, peanut, etc. These ingredients are important sources of energy and protein for poultry and demand a large storage and processing structure for the production of feed. Thus, the care in the prevention and control of mycotoxins goes through the acquisition of raw materials, storage and processing of grains until the feed that will be consumed by birds. Interesting to know that most mycotoxins are stored in the outer layers of the grains. Bran rich materials therefore often contain higher levels of mycotoxins, for example wheat bran can contain 6 times higher levels compared to whole wheat.

The production of mycotoxins occurs as a defense mechanism of the fungi against invaders and/or when the fungi find optimal conditions for multiplication. Therefore, mycotoxin contamination can start in the field, before the grain is harvested. However, it can also happen after harvesting or during storage or transport. This is mainly influenced by the presence of insects and the climate conditions. Therefore, inadequate and poorly controlled grain sourcing and storage methods generate the first phase of attention.

Among the best known mycotoxins are: Aflatoxin, Trichothecene, Ochratoxin, Fumonisin, Zearalenone, Cyclopiazonic acid, Fusaric acid. Each of these mycotoxins has different effects on poultry:

These changes are usually more easily seen in chickens that are actively laying eggs and sometimes we are influenced by ourselves to think that rearing chickens are not suffering from the same problem because we don't see these changes so clearly. However, it is worth remembering that the inputs that both chickens consume are the same, and that younger chickens tend to be more sensitive to mycotoxin contamination. In the table below are listed some reference values for the tolerance of chickens to different types of mycotoxins.

It is worth noting that: 1. these values were determined individually, 2. challenges in the field do not always happen in isolation/individually, 3. there is synergistic action between mycotoxins.

It is not always possible to perform detailed mycotoxin analysis, laboratory analysis is not cheap and not always available. However, frequent monitoring of the quality of the grains (broken grains, out of standard, excessive humidity) helps in this first control. Additional cares during the receiving and storage of the grains are important, such as the use of pre-cleaning, use of organic acids in grains that will be stored for long periods. Another point to consider is that the grain that goes into the silo and that stays at the base of the silo is the first to enter and the last to leave, and this can cause variation in the level of feed contamination. The correct aeration of the silos is also important to avoid moisture condensation points inside the silos.

Detection of the presence of mycotoxins is dependent on sampling. Furthermore, mycotoxins are often not nicely spread, but occur in specific spots. The right sampling of raw materials is useful for identifying the initial source of contamination. But barn feed sampling is important to evaluate the amount of mycotoxins the birds are consuming. Histopathological analysis of the birds is a useful tool in closing the diagnosis of mycotoxin problems.

The contamination identified in the feeders indicates that there may be points of fungal proliferation along the feed production chain:

At the end, the level and duration of mycotoxin exposure is determining the toxicity. Eliminating mycotoxins from feed is not feasible nowadays. An effective method is cleaning and sorting of the grains. As mycotoxins are extremely heat stable, a heat treatment will not be effective. Fortunately there are substances that help reduce the intoxication of poultry. Mycotoxin binders are additives that can reduce the rate at which mycotoxins are absorbed and have different compositions and inclusion rates. The type and intensity of contamination is a determining factor in the choice of product and rate of inclusion in the feed. The additional use of probiotics, vitamins and amino acids also help to reduce the negative effects of mycotoxins.

- Monitoring the quality of the raw materials purchased

- Strategic use of the different additives available in the market

- Monitoring flock performance, egg quality and the health status of the birds

Please feel free to contact our technical service if you have any questions, so that we can work together to elaborate possible solutions related to this topic.

It is no secret that different opinions exist when it is about breeding and selecting chicken breeds for egg production. The strategy of Hendrix Genetics has always been to select every laying hen th…