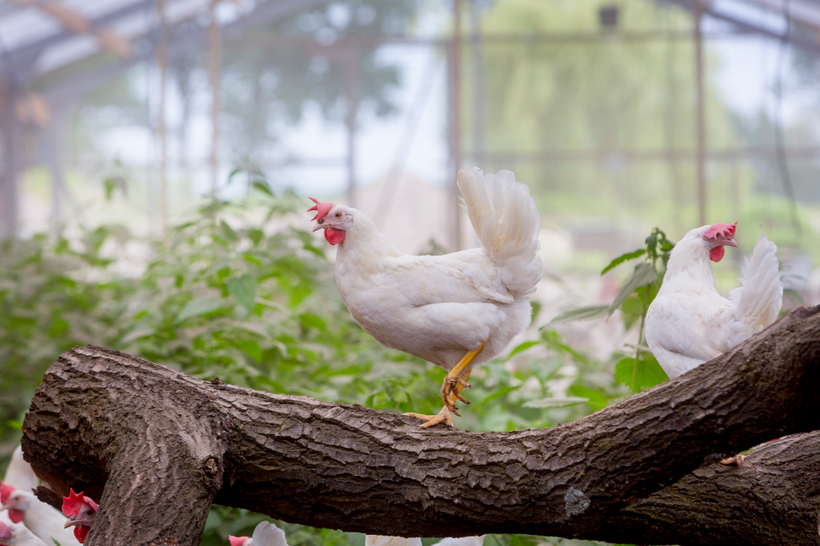 Modern selection methods, such as genomics and fully automated measurements as well as massive investment in the expansion of our R&D program have considerably contributed to the success of the laying hens currently available.

More than a decade ago, we set a goal to breed the long-life laying hens for 2020. Our definition of a long-life laying hen was a chicken capable of producing 500 eggs in a laying cycle of 100 weeks. Nowadays, the main reason to deplete a flock is not often related to the persistency in egg production, but because of eggshell quality that gradually goes down with age. Poor quality eggs, and especially weaker shells, can increase the costs of egg packing and customer complaints. Over the last few years, we have added focus in selection to enhance egg quality.

Successfully keeping the laying hens to 100 weeks is no longer the exception. Egg producers from almost all over the world have been able to get the full genetic potential out of their chickens. Their numbers show that early depletion wastes the genetic potential of today’s laying hens. The long-life laying hen can help you save costs in production, create additional value and profit, improve the welfare of the chickens and reduce the environmental impact of egg production.

How we select for the Long-life Laying Hen

By selecting for improved persistency only, we would not have been able to breed a successful long-life laying hen. Balanced breeding for all traits is the key in achieving genetic improvement all the way through the value chain. Key traits that have been present in our breeding program for decades include bird health, welfare and robustness. All these traits should be present in today’s commercial laying hens in order to keep up with the longer cycles required. This balanced trait approach requires in-depth knowledge and consideration of the bird’s physiology and her nutritional requirements at each age. Next to this, it also depends on the management system the birds are housed in and the reproductive status of the birds.

Focus on the Laying Hen

The long-life laying hens can only be kept successfully for longer cycles when proper care is taken of the laying hens. Via breeding we put extra selection pressure on the pullet’s development, the bird’s robustness and livability. First of all, the laying hens need to have the genetic capacity to eat and grow well during the rearing period. A smooth rearing period, with a well developed pullet as result, often results in a smooth production period, with a high peak of egg production and good egg laying persistency. In our breeding program we select the chickens based on their capacity to develop well from a little chicken into a high-quality pullet.

Robustness is a general term, often used to describe the laying hen’s ability to deal with challenges, which can be related to diseases or environmental stressors. It is important that laying hens can cope with disease and different stressors. This already starts from the age of day-old. It has always been a challenge to breed against specific diseases, not only due to the low heritabilities but also given the fact that an extremely large variety of pathogens are present in the hens’ environment, and great differences occur over the globe. New techniques are currently being developed in experimental research settings that have the potential to modify the birds to make them resistant against a specific disease, but often GMO is involved which brings along a lot of consumer resistance against these technologies.

Livability is a trait that we have incorporated in our breeding program for decades. We make a distinguish between general livability, i.e. laying hens passing away because of a disease challenge, trauma, etc., and social livability, i.e. laying hens passing away because of negative social interactions from their fellow flock members. The heritability for general livability is rather low, even below 0.05, meaning that it is harder to make progress via genetic selection. The heritabilities of social livability are larger, often 4 to 5 times, allowing us to make faster genetic progress on these traits. In our breeding programs we set up special challenge tests, in these tests we always keep the laying hens with intact beaks, and we pay extra attention to the recording of the mortalities. This, to make sure that we can distinguish in the cause of the mortality. From the graph below, it can be clearly seen that steady progress has been made on end of test livability. Especially when you take into account that also our field tests are kept for longer periods. Large differences in livability exist between the challenge and standard tests, but both are going in the good directions. Breeding for improved livability contributes significantly to more sustainable egg production, as laying hens that will stay healthy and alive will produce more eggs and of better quality.

Focus on the Environment

Hens that can be productive for longer periods are not only beneficial to the egg producers, also to the environment. The only period that laying hens are “inefficient” is during the rearing period, as during this growing period there are no real outputs, only inputs. When keeping your hens longer and longer, you can dilute the “cost” of the rearing period over a longer period of egg production. This contributes directly towards more sustainable egg production. Breeding efforts are continuously made to improve the feed conversion of laying hens, trying to obtain a higher output of egg mass for each gram of feed being consumed. Improving persistency contributes significantly to the birds feed efficiency, birds that stay healthy and productive have a lower chance becoming fat, they are able to utilize the nutrients from their diets much more efficient compared to the birds that stop producing or have more days without producing an egg. ~When looking to feed efficiency it can be stated that every egg counts!

In order to help the chickens manage production for high quality eggs all the way up to 100 weeks of age, our breeding program selects for a flatter egg weight profile. The goal is still to increase the early egg size (before 30 weeks of age), but we also aim to flatten the egg size growth later in life. Flattening the egg size curve has resulted directly in high quality eggs, as continued growth in egg size can be a contributor to poor egg quality. This is not only due to the inability to deposit more shell around larger eggs (the amount of shell available to deposit around an egg decreases with age), but it is also related to the physical stress on the chickens when producing larger eggs. By placing more selection pressure on higher early egg size, egg producers will be able to sell more gradable eggs, as fewer pullet eggs will be produced by the hens.

Flattening egg size is not the only way to improve the eggshell quality. A key element of the Hendrix Genetics breeding program is to measure the egg quality all the way till the end of lay. We take these measures both at the R&D farms and at our test farms. At our test farms we execute our field testing programs, under commercial conditions we test crossbred birds in family groups. We know the pedigree of all birds that we test under these conditions, performance data is registered daily and goes directly into our breeding database, allowing our geneticists to select based on real-life circumstances. We test our birds in a range of locations to ensure that we consider differing diets, climates, and management factors when making selections as these can have a clear impact on bird performance.

Besides the classical breaking strength devices, we have invested in the latest technologies in the field of vision and robotics. From every egg that is examined with our Eggxaminator, we capture more than a dozen high resolution images that will give us a fully in-depth insight in the eggshell quality. The in-depth image analyses allow us to see and detect eggshell defects and abnormalities which we otherwise would have not been able to catch with our own eyes.

Egg producers from all over the world have demonstrated that it is possible to keep our long-life layers up to the age of 100 weeks. Amazing results have been achieved all over the world, from intensive open housed cage systems in the hot and humid areas of Brazil and Honduras, to the USA, all the way to the free range and organic systems in the UK, the Netherlands and Germany.

Keeping your flocks of laying hens longer offers clear benefits, both in terms of animal welfare, economics and for enhanced sustainability. It leads directly to higher welfare with fewer birds needed to produce the same number of eggs. Additionally, it saves production costs with a shorter downtime period and the pullet/once-per-cycle costs can be diluted over a much longer production period. In the end, the amazing long-life laying hen helps the bird herself, the farmer, the egg-industry, and the planet.

Chickens do have ears, although they are hidden by fine feathers on the side of their head. The fine feathers are there to protect the ears. There are no outer ears, such as most mammals have, but wh…

As poultry breeders we are at the start of the food supply chain, we play an import role in the delivery of safe, healthy and nutritious eggs. For many generations, we have selected our chicken breed…

Vaccinations, Why, How & When?

Every poultry farm faces infection risks. That’s a fact of life, even in countries with a low disease pressure. Infection risks are related to poultry density, often expressed by the number of birds …