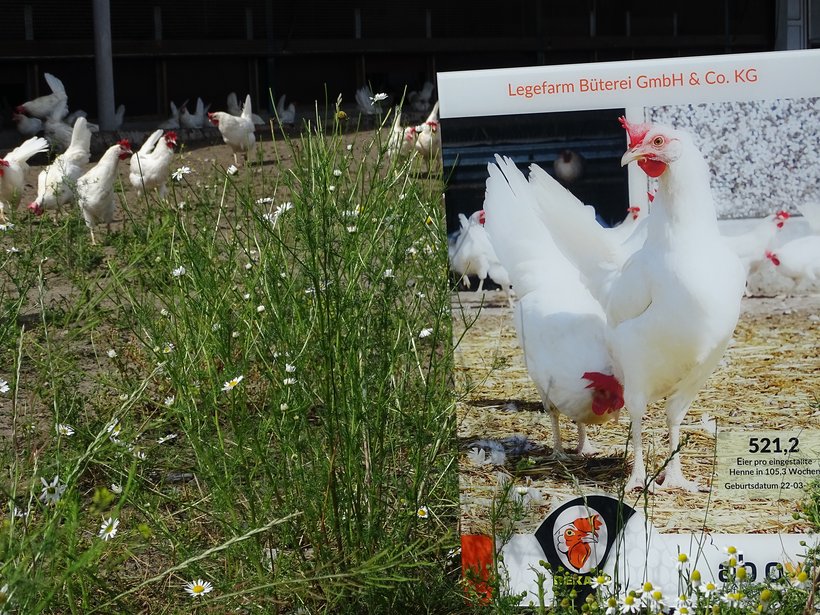 Achieving true Premium Performance with the Dekalb White, the Büterei Farm is breaking its own records.

It is no secret that the laying hen breeds from Hendrix Genetics can be kept longer and longer with each new generation, but It is also no secret that it takes dedication and careful attention from the farm manager. For sure the people from the Büterei GmbH layer farm know how to get the best results out of their Dekalb White flocks. They started their poultry business in 2016 and have been able to get premium results with 2 out of the 3 flocks they have completed so far. Their first flock reached the incredible number of 517 eggs per hen housed. They recently finished their 3rd flock, and this flock of Dekalb White could even achieve 521.2 eggs per hen housed! More than enough reason for us to bring once again a visit to the Büterei Layer Farm in the beautiful Emsland (Germany).

During the past decade, we observe that more and more families are constructing layer-barns in Germany, as Germany has the goal to become more self-sufficient when it is about egg production (consumers are looking for locally produced eggs). Many families run the chicken farm as a side activity form their current farming business, like growing crops, or taking care of dairy or swine. The Büter family is among these families that decided to take the step into egg production, and they started with constructing a free-range poultry farm in 2015, which was completed in 2016 and provide shelter to 40.000 laying hens. During the construction, 1 of the constructors, draw the attention of the Büter family, it was Yahya, by that time a refugee who fled to Germany to escape from the Syrian war. They asked Yahya if he would be interested to become the farm manager. Yahya, with a background in construction and engineering took the challenge, not knowing what new adventures would come along when running a chicken farm. Directly from the start it became clear that Yahya was on top of managing the Dekalb flock to its premium performance. Yahya really looks at everything, from bird behavior to the daily data that comes in. The Büter family is very pleased with all the work done by Yahya, and they have supported Yahya and his family a lot to help them settle in the local area. A true win-win situation for the Büter family, Yahya and his family, and not to forget the Dekalb White chickens, as they are so well looked after. 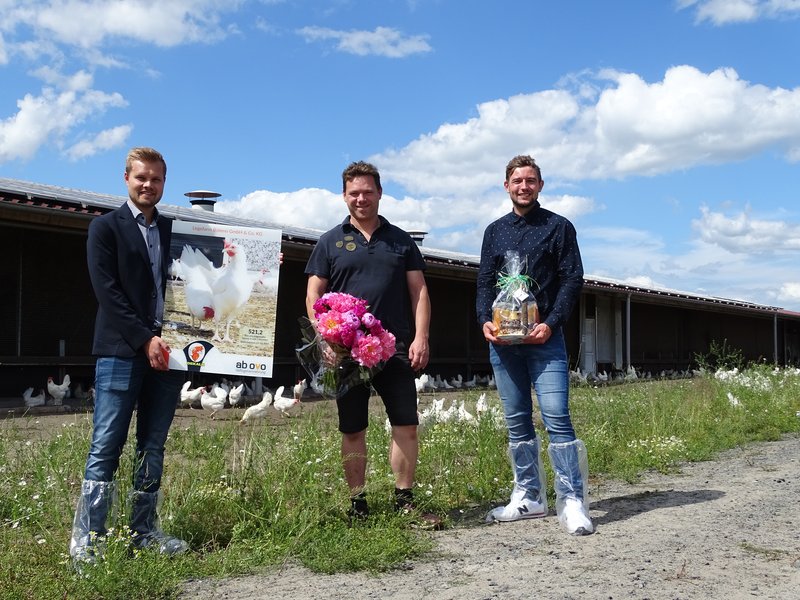 The laying hens have access to a large range, where they can roam freely, and forage for some feed. At the time of the visit the range was fully in bloom with wild chamomile. The hens share the range with a large variety of sheep, some goats and several donkeys. The donkeys are there with a clear reason: to scare of the wolves. Apparently, wolves and donkey do not get along very well, and with the rising wolf populations in Western Europe farmers are getting creative in protecting their animals. Fortunately, the laying hens can get very well along with the sheep, goats and donkeys. 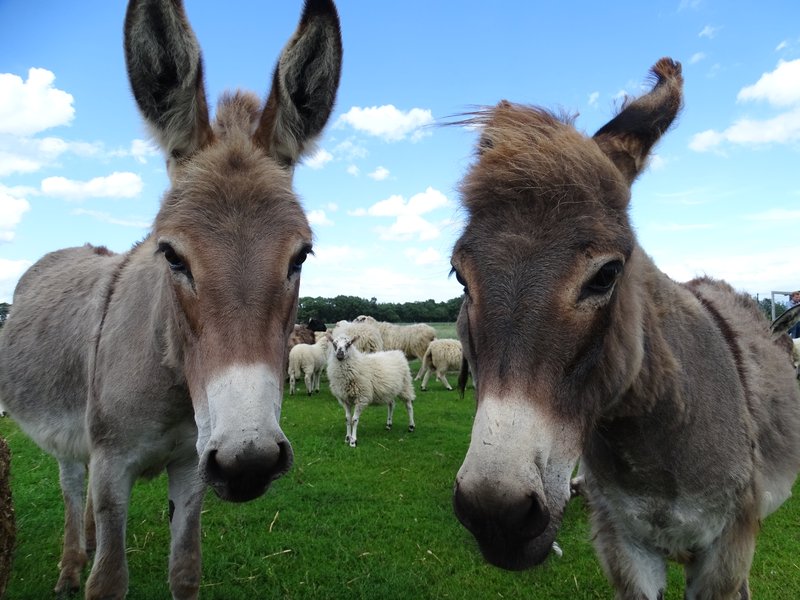 All flocks of the Dekalb White laying hens at the Büter farm have been supplied by ab ovo Geflüglevermehrung GmbH, the German distributor of the Hendrix Genetics layer breeds. A young organization, with a young, dynamic, enthusiastic but extremely experienced team when it is about keeping laying hens (most come from well-known German poultry farming families, they literally grew up in the chicken-coop). The team of ab ovo is characterized by their premium quality pullets and their dedicated support all along the production period. 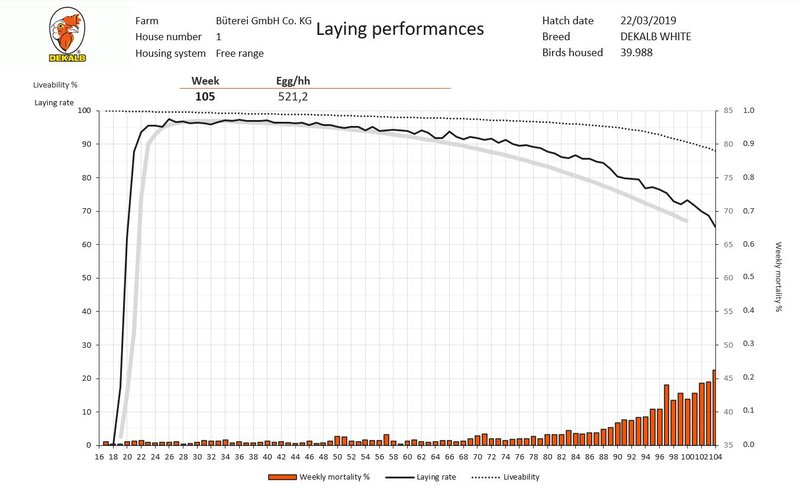 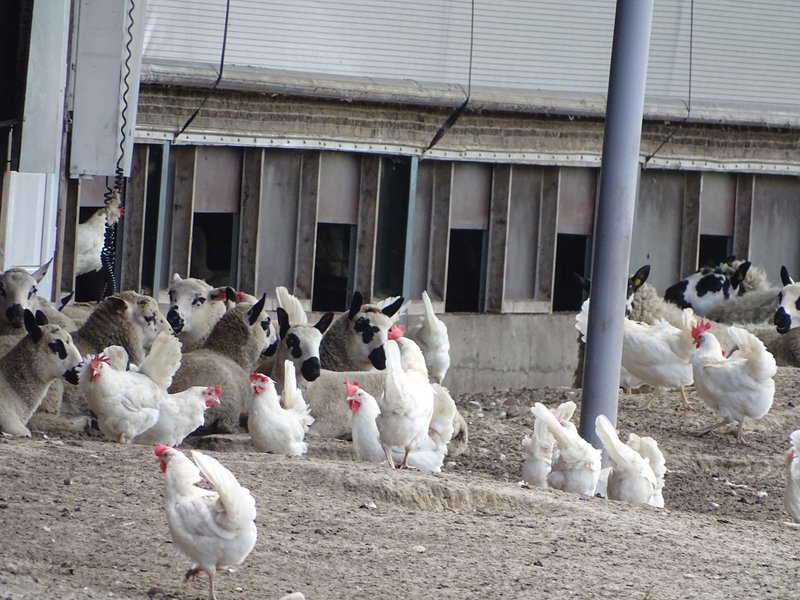 The Dekalb did it once again!

The results of the balanced Breeding program of Hendrix Genetics are clearly showing of in todays’ market. The Dekalb White participated in the 16th Random Sample Test of layer hybrids in cage-free h…

Reaching 500 eggs for the second time, it’s all in the details!

Just few years have passed since we visited the Quicken family to handover the first award of reaching the 500 eggs in 100 weeks. We were very pleased when we received the field results from his most…