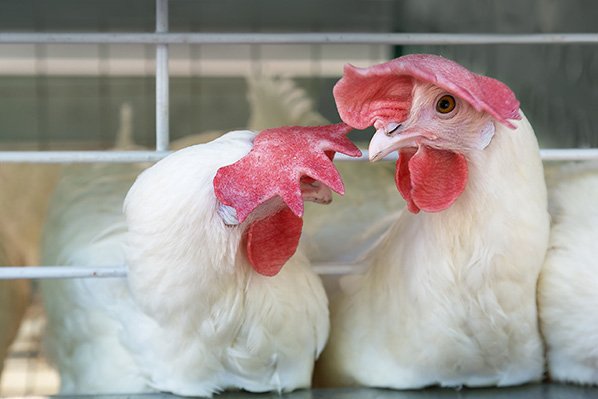 Mexico is well known for its rich history, pleasant weather, pristine beaches and vibrant culture, but did you know that Mexico is also one of the biggest table egg producers in the world?

According to the International Egg Commission (IEC), Mexico is home to over 160 million laying hens (data 2018).

The poultry population increased with more than 13 million hens in as little as five years. More than 128 million Mexicans do seem to like their eggs. With an average per capita egg consumption of 345 eggs per year (source: Union Nacional de Avicultores), Mexico means that almost each Mexican eats an egg a day, or over 26 kilos of eggs consumed a year! It is forecasted that this will increase even more in the coming years. The professionalism and high standards of the Mexican egg producers is evident in the leadership role Mexico has established in egg production.

As the market is highly competitive, efficiency is paramount and scaling up is one of the ways that producers aim to become more productive. The Mexican egg producers clearly do not sit still and are continuously on the move to look for improvements. The motto of Mexico’s largest egg producer is: “all that is good can still be improved!”

Efficiency is also one of the reasons why Mexican producers keep predominantly white laying hens (94%), compared to brown (6%). It is not surprising that Bovans White is the absolute number one for Mexico. Despite the challenging conditions in the Mexican market, the Bovans White layers reach top performance. Summarized in just 2 words: Robust Results. We are very proud that the top 3 egg producers in Mexico are using HG products.

“The motto of Mexico’s largest egg producer is: ‘all that is good can still be improved!’”

These genetics are supplied by Incubadora Mexicana (IMSA), a long time partner in success. Thanks to this successful cooperation, Hendrix Genetics has steadily grown to over 65% of the Mexican market. While efforts to diversify egg production areas have taken place in recent years, more than half of the egg production remains in the state of Jalisco. Producers have moved away from dense egg production areas as a way to control Avian influenza outbreaks along with improvements in biosecurity and vertical integration.

Why is egg consumption so popular in Mexico?

Eggs are currently the most economical way to ingest high quality protein in many parts of the world. The table below, derived from a report for the American Egg Board noted that eggs yield the most animal protein per dollar at 40 grams, besides being low in calories/serving, just 70 kcal/per egg! Eating eggs is a great way to get your protein intake without loading up on calories.

In Mexico, eggs are sold in all standard consumer outlets, from local corner shops to large supermarkets and grocery stores. Generally they are found unrefrigerated. Consumption of eggs occurs in all meals, but especially at breakfast time. The consumption occurs across all the socio-economic classes, from traditional dishes such as chilaquiles, molletes con huevo, tacos, or machaca con huevo made in the home or sold by street vendors, to those in upscale restaurants for brunch, such as eggs benedict or healthy egg-white omelets.

Did you know that the Bovans lineage is the one with the highest participation in the production of table eggs, occupying 64% among the participating lineas.

Fun fact: the Mexican consumer prefers an orange yolk, instead of the yellow which is more commonly seen in Northern countries. The darker orange yolk color is obtained through a special additive in the diet (Carotenoids).

With such a high demand for eggs, focus on continuous improvement in production, and access to high quality genetics, the Mexican egg market is set to grow in size and efficiency for years to come. We are proud to be a key player in the success of the market.

“Eggs are currently the most economical way to ingest high quality protein in many parts of the world. Eating eggs is a great way to get your protein intake without loading up on calories.”

What are the challenges facing the table egg industry in the next decades and what can be done to address them?

Consumers are increasingly aware of the production systems for laying hens and have strong opinions on what is favorable for a hen’s welfare. This has resulted in a move towards non-cage housing sys…

The role of eggs in sustainable food systems

In 2021, the UN Secretary General will convene a Food Systems Summit to launch ‘bold new actions’ to transform the way the world produces and consumes food, delivering progress on the UN Sustainable …

A free-range ISA Brown laying hen from the Spanish region of La Serena has produced an egg of 182 grams. Imagine this is almost three times larger than a regular egg, and most interesting of all, the…