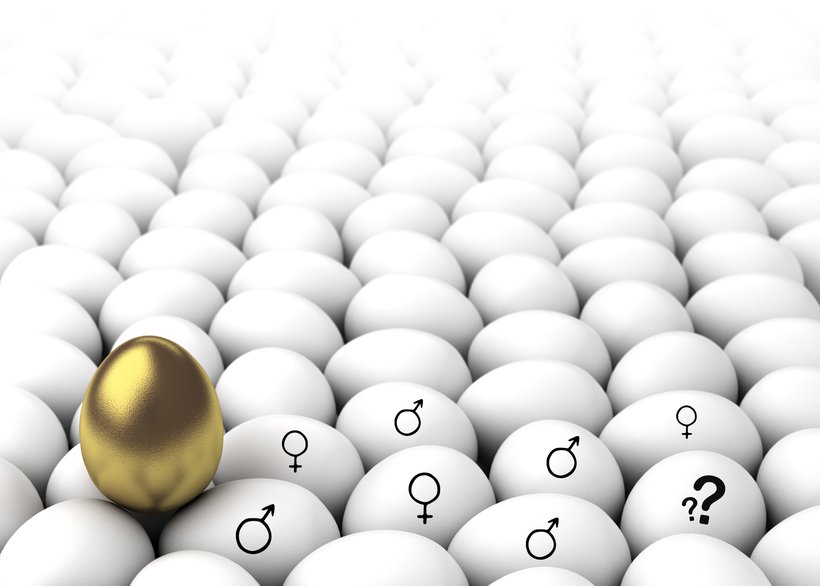 It is common practice in the layer industry to cull male day-old-chicks directly after hatching. Male layers are unsuitable for egg production and too resource-inefficient for meat production. The practice, however, does raise concerns about animal welfare. An increasing number of initiatives are working on a solution for this challenge by developing technologies to determine the gender of a chicken while still in the egg. Since 2012, Hendrix Genetics has been actively monitoring developments in this field. In this article, we would like to share the latest updates and technologies closest to the market.

The potential of in-ovo sexing

Solving this challenge has the potential to both address animal welfare concerns and increase sustainability by saving resources. Hatching birds is an energy intensive process, so being able to identify the gender of a chick while it is still in the egg promotes both animal welfare and energy efficiency.

Our expectation is that as soon as a commercially viable solution becomes available, adoption will start. Germany is expected to be one of the first countries where the technology will be widely adopted. According to a recent court ruling, use of the technology will become mandatory as soon as it is commercially viable. Once that point is reached, other countries in Northwestern Europe may follow. Our current expectation is that the North American market may be slightly later in adopting the technology, but this can change quickly when large retailers and food companies decide to demand its use from their suppliers. We also know that not all markets will accept in-ovo sexing technologies, as the development of life is still disrupted (despite the earlier stage). We already observe a vast growth in the market of growing the male layer chicks for their meat. The organic market in Western Europe expected to adopt fully the growth of the male layer chicks for their chicken meat.

When looking at the in-ovo sexing technologies in this field it is important to have an eye for the following aspects:

Ongoing initiatives and their approaches

An ever-increasing number of initiatives are trying to determine the sex of a chicken before they hatch. Hendrix Genetics is actively following the most promising of these around the world. Several different approaches on in-ovo sexing are being tested:

Technologies closest to the market

This list is by no means exhaustive, but it is a selection to demonstrate the variety of approaches.

The first company to reach the market was Seleggt. Since November 2018, eggs have been sold under the consumer brand Respeggt. The Respeggt label promises: “Free of Chick Culling”. They launched in 200+ supermarkets in the Berlin area and have since significantly expanded their coverage of the German market. Since the summer of 2019, the eggs are also available in Carrefour supermarkets in the Paris region in France. and since 2020 also in the Netherlands. The price is comparable to a free-range egg.

The in-ovo sexing technology has been developed in a joint venture between German retailer the REWE group, Dutch technology company HatchTech, and professor Einspanier from the University of Leipzig. On day 8 of the incubation, a laser beam burns a 0.3mm-wide hole in the shell. Then, air pressure is applied to the shell exterior, pushing a drop of fluid out of the hole. This fluid is analyzed using a proprietary biomarker, which allows them to determine the sex.

The Dutch In Ovo company was founded in 2013 by biomedical scientist Wil Stutterheim and biologist Wouter Bruins, who met at the University of Leiden. The in-ovo sexing technology they use is based on biomarkers and is invasive. A sample is taken from each egg, mixed with a biomarker, and examined by mass spectrometry. At the end of 2018, Evonik and VisVires New Protein invested in In Ovo, along with the participation of Leiden University. With the investment capital, In Ovo plans to develop the technology to the stage where it can be applied on the commercial scale in hatcheries. Read more: https://inovo.nl/

The aim of the PLANTegg innovative process is the gender determination in chicken eggs. This avoids the killing of hatched male day-old chicks in hatcheries during the production of laying hens. New technologies have been developed and combined for the so-called PLANTegg process - a PCR-based method for gender determination of hatching eggs. This molecular genetic method is based on the fact that the chickens have different gender chromosomes. The PCR technology makes the genetic differences, to be found in the DNA of the allantoic fluid, visible. The gender can thus be determined at an early stage of incubation with high precision and very quickly (within one hour). The eggs from which male chicks would hatch can then be sorted out early and used for other purposes. The method can be automated, is infinitely scalable and can therefore be used in both small and large hatcheries. Read more: https://www.plantegg.de/en/

Hypereye is a patented scanning in-ovo sexing technology that uses non-invasive hyperspectral imaging. This is done at day 0, pre-incubation. The technology was developed by Michael Ngadi at McGill University in Canada, with funding from Ontario Poultry Industry Council, Egg Farmers of Ontario and Livestock Research Innovation Corporation. They are currently testing prototypes to achieve the same accuracy and speed at a commercial scale as seen in the laboratory.

While ongoing initiatives on in-ovo sexing continue developing their technology further, from the laboratory to a commercial prototype, to eventually reach the market, new projects and initiatives keep popping up. In many cases, these new entrants are supported with funding from industry and governments.

One such source of new initiatives on in-ovo sexing is the competition organized by the Foundation for Feed and Agriculture Research (FFAR). They are awarding an Egg-Tech Prize to help organizations and individuals solve the scientifically and technologically complex issue of identifying the sex of a chick in the egg prior to certain embryo developmental milestones.

At the end of 2019, they announced that in Phase I of the competition, they awarded USD $1,056,957 to six organizations. Participating researchers are from around the globe and include academics, private research companies, and USDA Agriculture Research Service. The methods on in-ovo sexing these different groups will explore are diverse and include volatile organic compounds, reaction mass spectrometry, and magnetic resonance imagining. In Phase II of the prize competition, contestants will develop and validate a working prototype that meets the criteria that are set. FFAR will accept Phase II submissions in early 2021.

We are hopeful that new technologies on in-ovo sexing will put an end to male chick culling in the supply chain. As Hendrix Genetics, we are actively following these developments on in-ovo sexing, so we know what is coming to market and can prepare ourselves for it. We also work together with promising initiatives to support their development in finding a solution for this significant poultry industry issue. A breakthrough would provide great opportunity for enhanced animal welfare, efficiency, quality, and an overall more sustainable industry for us all. In the mean time we continue to collaborate with SASSO on the development of Dual Purpose poultry breeds. Learn more about SASSO and their slow-growing broiler activities: https://europe.sasso-poultry.com/en/

The basis for running a successful hatchery lies in having a healthy breeding flock, a clean hatchery with clear processes and dedicated people taking good care of the birds’ health and welfare and f…

One of the most frequent asked questions is about the sexing of day-old chicks. We have already published an article on “feather sexing”, and in this article we will explain the principle of “color s…